Things you should consider when you are buying a petticoat:

Taking care of the petticoat

To keep your petticoat fluffy is a struggle, believe me. Theyw ill eventually die on us but we can make them last and have a good fluff for as long as we can with these tips: 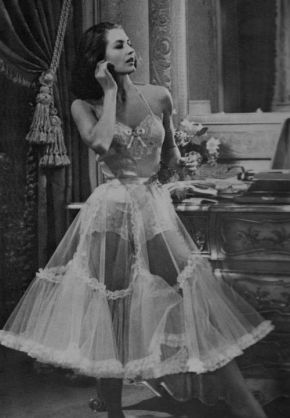 I'm a former Swimming pro, after getting nerve damage in my jaw I started coaching instead. After a few years of doing this, I became and librarian. This was the best job and I loved it. At age 26 I realized I was mentally bullied by my closest boss and I decided I was at the lowest point in my life. I started hating myself and everything I did felt like a failure. So I took the big decision to quit my job. While quitting my job I felt freedom but it only lasted a few hours. Anxiety from my parents worrying about my future and my pension hit me hard. I was a girl with a plan, I knew what I wanted and I always succeeded in getting it. Now I stood without a job, I was single (or at least in a complicated relationship with a man from England) and I had no idea what to do. I moved back to my parents and so a new chapter started. I created Rise Up Diaries as a way to daily log everything I did. But also get a reason to leave my self-pity and patheticness behind in my bed. I needed a reason to leave the house and to see the world and to find happiness again. View all posts by Elin's Era

This site uses Akismet to reduce spam. Learn how your comment data is processed.

Support Me on Ko-fi